MORTO IN ITALIA or THE COLOR OF THE SOUL - is a poetic visual journey through cemeteries of Venice, Naples, Sardinia and Palermo, realized in four stages in 2006/2007 : an Epoche gone by (Venice)/the Pompejianic (Naples)/ the Archaic (Sardinia)/ the Void (Le Catacombe dei Capuzzini in Sicily). Juxtaposing each image with a monochromatic page, the layout is suggesting individual colours for each soul. While it is just the body's empty shell that has been left behind (Palermo), the portraits seem to belong to spirits that have decided to move on. The book is dedicated to 5 Italian prisoners of war who died on German factory premises in 1943.

Burkhard von Harder is a former member of the ABC Artists' Books Cooperative. His books are subject to constant subtle changes - since PoD technology offers this new reality, some shortlived in-between-state-of the-art may produce rare collector items if purchased at the right moment. Flipping through the various versions here and then is a good advice. 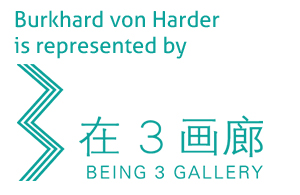 More books are available at: